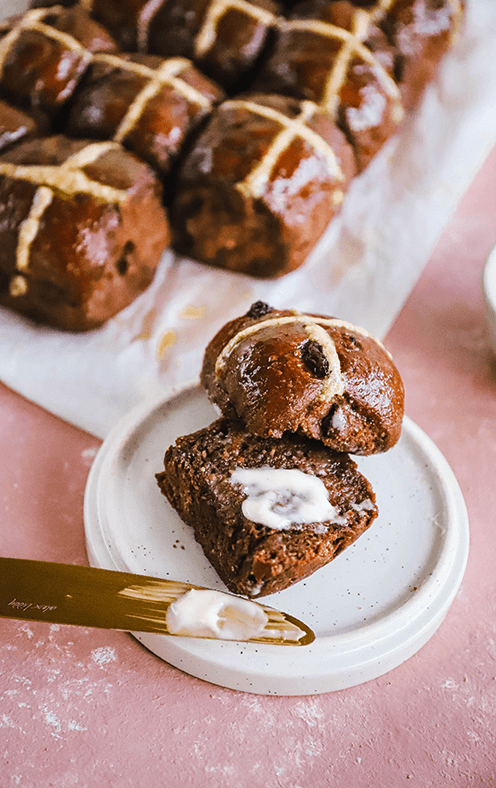 Serve with some vegan butter and enjoy! Store buns covered in the fridge or at room temperature for up to 5 days.